Charlene Komuntale is a digital artist and illustrator based in Kampala, Uganda. She holds a BA in Animation from Limkokwing University, Malaysia.

In her recent series-in-progress “Not Fragile” and “No Fake News”, Komuntale portrays women - mostly black African women. The subject matter is personal yet presented in a relatable way as inspiration is drawn from her own experiences but also informed by the experiences of other women around her.

The heads of the women she portrays are covered by different elements, which create poetic yet striking narratives around a broadly relatable figure. At first sight, the works evoke a dreamy, peaceful, and quiet atmosphere, whereas at a closer look powerful, empowering and unapologetic messages come to the fore. Dominant, male-centered perspectives on women’s roles and supposedly nature-given capabilities and constraints attached to female bodies are being evaluated and re-examined. The juxtaposition of different elements creates an interesting asymmetry between awareness of self and the (male-centered) gaze of others. Intimacy, tenderness, vulnerability, and female beauty do not suggest fragility. Instead, it is related to strength and unapologetic confidence. Komuntale’s digital paintings deconstruct patriarchal narratives as shaped by culture, religion, and politics and provide a ground for inquiry and interrogation, and for visions of different futures.

Her compositional choices create a space at the edges of reality – moments frozen in time and filled with surreal elements and metaphorical and symbolical references.

In 2020, she was longlisted for the Mukumbya Musoke Art Prize, a bi-annual prize to award and support talented visual artists between the ages of 20 and 45 in Uganda. From March to June 2021 she attended the Silhouette Projects Residency Program operating under Afriart Gallery and showed her work at African Galleries Now X Artsy in July 2021.

“As a child, I wanted to be a cartoon character because of the endless possibilities, unconfined to gravity or form. Fortunately, that didn’t happen. But that whimsical thinking led me to pursue a degree in animation where I fell in love with concept art which allows me to express my visions.” – Charlene Komuntale 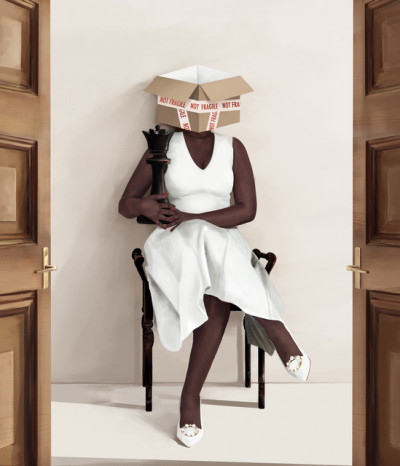 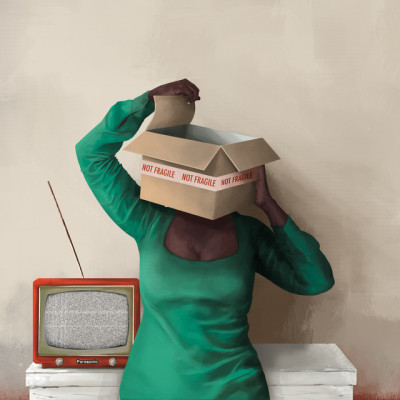 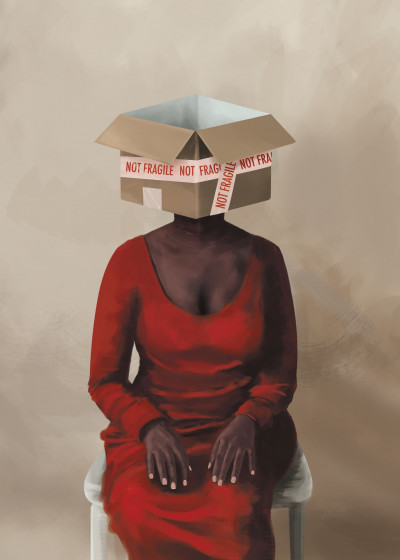