A portrait of Power, Authority and Control | Arim Andrew 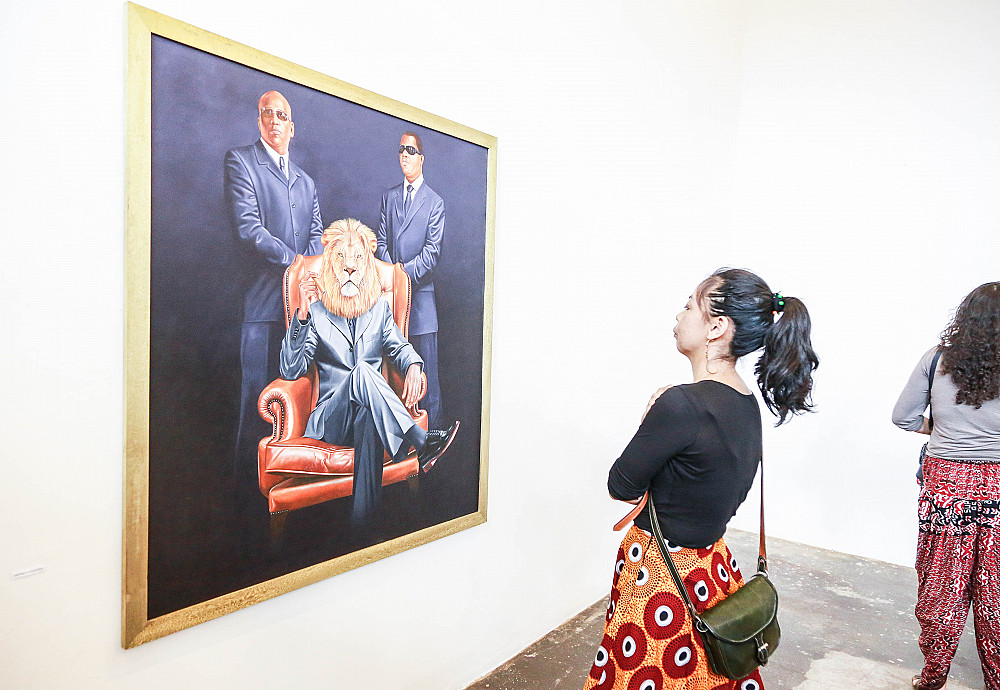 A Portrait of Power, Authority and Control

A portrait of the rich wielding supreme power and authority across the globe is not a novel image that anyone in the world cannot relate to today. It has been painted from border to border with the wealthy using their money to influence opinion in the political, social and religious spheres. Inevitably such opulent behavior is the source of the growing tide of global political unrest and social injustices. Therefore, this narrative is an inspiration to the recent body of work by Arim Andrew, a rather budding artist on the Kampala contemporary art scene. His adept nature to fuse this narrative with elements of digital technology like sci-fiction and realistic portraiture inspires a thorough examination of the theme of power, authority, and control. Moreover, such fusion of the dialogue with comics does not only allude to the artist’s love for sci-fiction characters- he’s a skilled animator- but also showcases the unique aptitude of the artist to push the boundaries of traditional art-making with emphasis to unprecedented innovations.

The artist employs the technique of deploying a dominant fictitious character in his narrative on canvas. Mister Lion, a male character with a lion’s head- a figurative representation of the archetypical  male with a domineering and masculine aura- dressed in sleek suits,  posing with a cigar, sitting crossed legged; a symbol of being in control, popping champagne and more often than not sandwiched in a bevy of beautiful women or reveling in their saucy caresses. On other occasions, Mister Lion parrots the role of the clergy (Pope or Bishop) with a rather cheeky twist in his poise and that of his aides (altar boys). The message in these portraitures is clear: the artist is cross-examining the theme of power, authority, and control as exercised by the male figure in society today. The sleek suits, cigars, beautiful women and expensive champagne (Bellaire Champagne) connote wealth and power. In the event that a man’s financial position is improved, he will naturally endorse such finest thing in life. Here, the portrait of the central character sitting in a comfy leather chair with legs crossed as he plants a kiss on the cheek of a beauty queen sitting on the floor with her legs stretched out in provocative fashion, does not come as a surprise, nor does the image of the central character, reveling in the smooth touches of two sassy girls on a cozy bed with money spread-out on the bed, puzzle the audience. Otherwise, such scenes inspire conversations on what it really means to be wealthy and inadvertently have control and possess power over those that surround you.