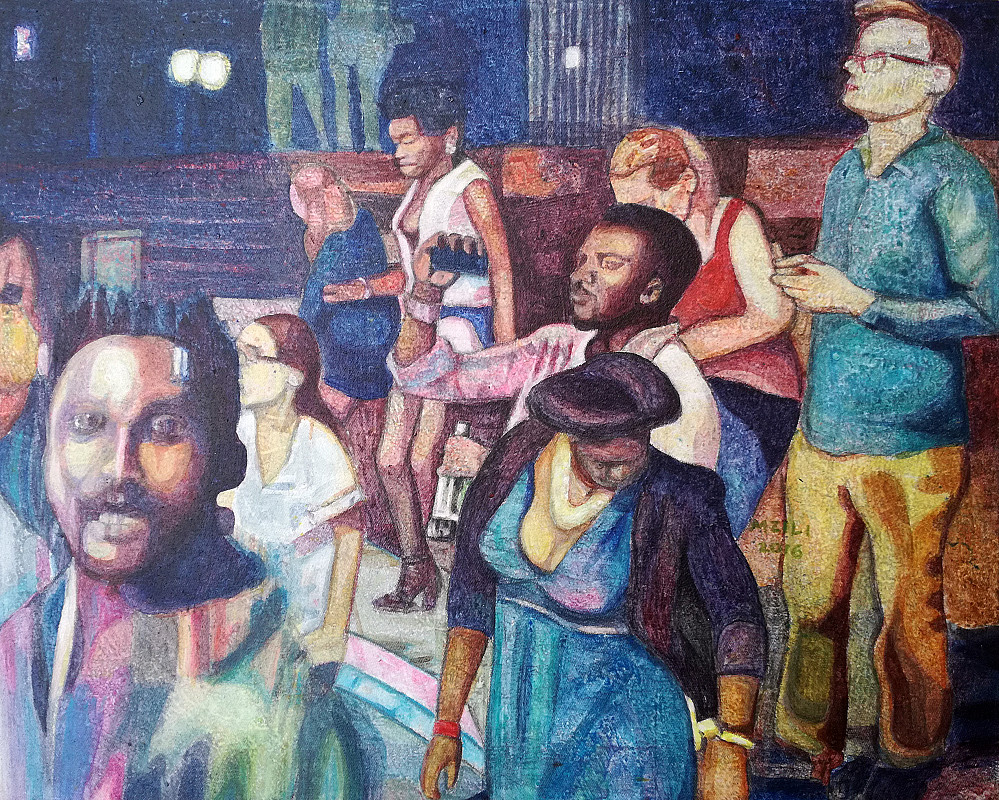 Henry Mzili Mujunga’s latest series of work definitely reflect his recent devotion to work as a full-time artist. His exhibition titled CROWD CONTROL shows works with a mature and unique style and technique as well as a strong conceptual focus that speaks to a large audience. Familiar themes as everyday happiness, love, friendship, and contentedness are also returning in this series.

‘Six Degrees of Separation’ revolves around the notion that all living things – and everything else in the world – is six or fewer steps away from each other so that a chain of “a friend of a friend” statements can be made to connect any two people in a maximum of six steps.

Mzili throughout his career has been exploring intuitive ways of reviving African art through an art movement called ‘indigenous expressionism’. He strongly advocates the importance of networking among contemporary African artists in order to share their culture and create an interesting dialogue with the art being produced globally.

Mzili is a founding member of the East African Art Group Index Mashariki, which seeks to re-establish relevancy for art in the local community by propagating indigenous-expressionism. He is also a member of the Pan African Circle of Artists (PACA) that links artists working for the integration of Africa through art.

He is a co-founder of Kampala Arts Trust and the Online Visual arts Journal Start Journal of Arts and Culture.