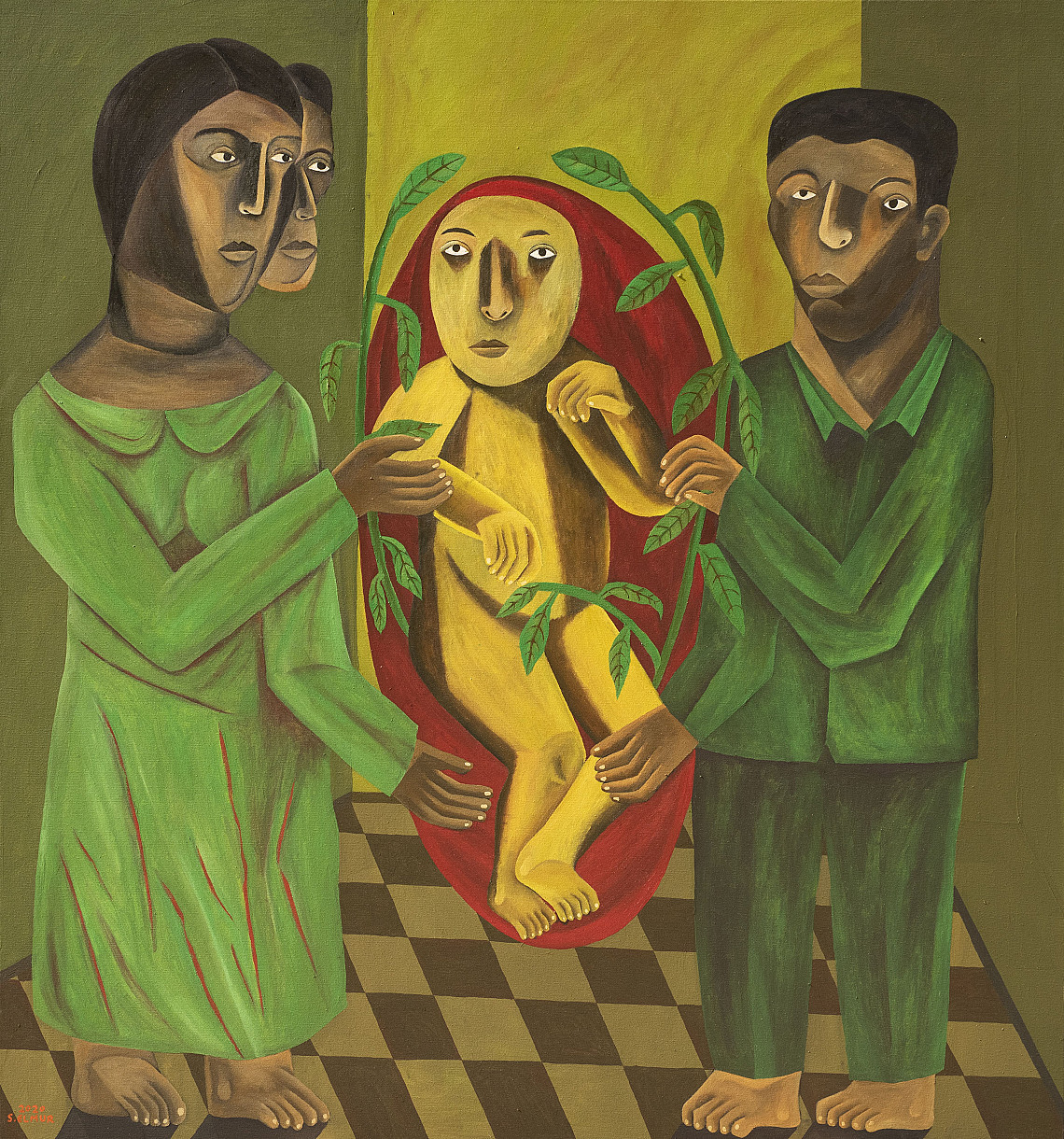 Abushariaa Ahmed, Salah Elmur, Eltayeb Dawelbait, and Hussein Halfawi, met for the first time at the College of Fine and Applied Arts Khartoum - Sudan, in the 1980s, as art students. The college is also known for the Khartoum School a modernist art movement formed in Sudan in 1960 that sought to develop a new visual vocabulary to reflect the distinctive identity of the newly independent nation.

At that time in art college, they were not even close friends and never expected they would form such a strong friendship a decade later after all of them had fled Sudan.

The exodus of the four artists from their professional base and home is poignant. “There was a crackdown on art and artists,” Hussein Halwafi explains. “There was no room for expression anymore. Artists were restricted by what they could paint. Statues considered ‘un-Islamic’ were destroyed and artists were forbidden to draw figures anymore. Art was only allowed if it was a homage to Islam, usually using calligraphic text from the Quran or repetitive Islamic patterns”. This ‘Islamification’ of art meant there was no room for Sudan’s cultural diversity and its ethnically inspired art.

Their paths crossed again in the Kenyan capital of Nairobi and where they soon became particularly good friends. Their self-imposed exile was a catalyst for creativity and inspired their work in form and technique. The change of environment and newly acquired freedom paid off. Their careers thrived in Nairobi, where they first influenced the Kenyan art scene and later East Africa, Africa and now play a significant role in the international art markets.

Currently, Salah is based between Sudan and Egypt, Abushariaa lives in Uganda, Halfawi and Eltayeb are in Kenya, but still, communicate, advise, and encourage each other as they follow and share closely their art and achievements.

After almost two decades, the four artists planned and selected Kampala as a place for a “Rendezvous” in form of an exhibition. In this exhibition at Afriart Gallery in Kampala, we show the new works of the four friends in a unique group show.

This 2-month exhibition is particularly important as it embraces the idea of meeting and this is more urgent now than before as we have been deprived of physical interactions and contact for so long. Now that measures are slowly easing, we feel the time is right for this Rendezvous.