Who Is Your Saint? - Ocom Adonias 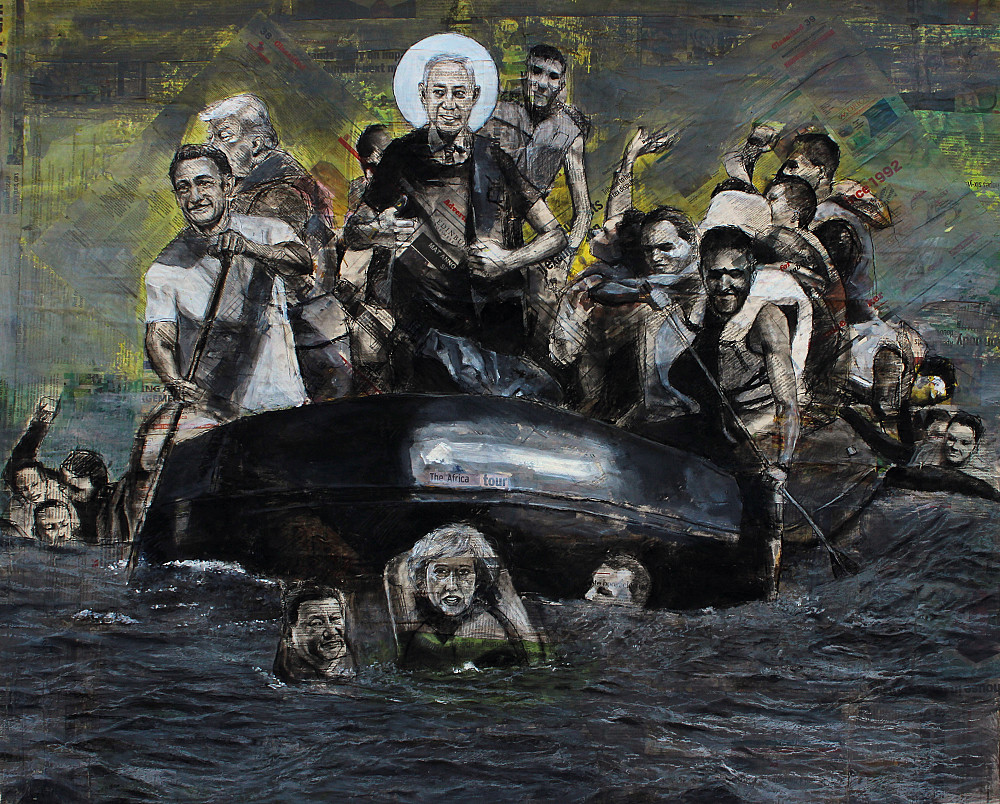 A series of artworks documenting saints in society.

Ocom’s new series of 16 mixed media paintings are developed from the questions, “Who is a saint?” and “Who is your saint?” The series is a critic of the social fundamental ideology of who is regarded as a saint and offers an alternative version of who a saint is. Influenced by contemporary occurrences and musical artists like Chronixx, who in his song titled Legend, talks about the unsung saints that go unnoticed, this series highlights daily saints. It also challenges the intricately woven social, political and religious fabric of what is right and wrong, a question that is continuously thrown into our faces and mostly guides how we interact.

In this regard, what is the yardstick for achieving a saintly status and who determines it? Is a saint someone who we are taught about, yet we have had no interaction with him or her in a specific time and space nonetheless still impacting a lot on our lives? Is your saint, my saint? The questions go on and on.

In the series, the artist uses charcoal, wash on newspapers, thereby putting his subjects in the news. 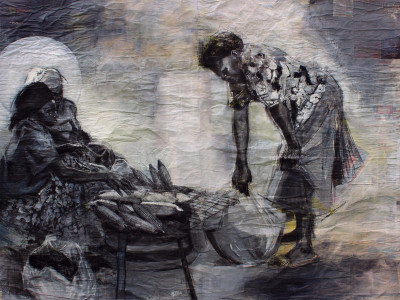 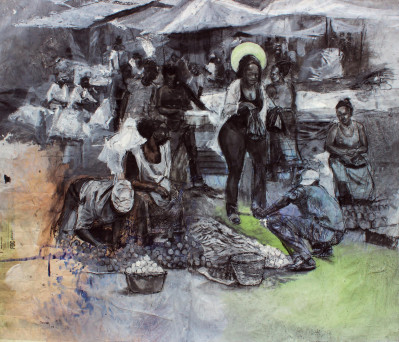