'BLACK ART IN THE ABSENCE OF LIGHT- First Thursdays at Afriart Gallery' by Gloria K. Coutinho 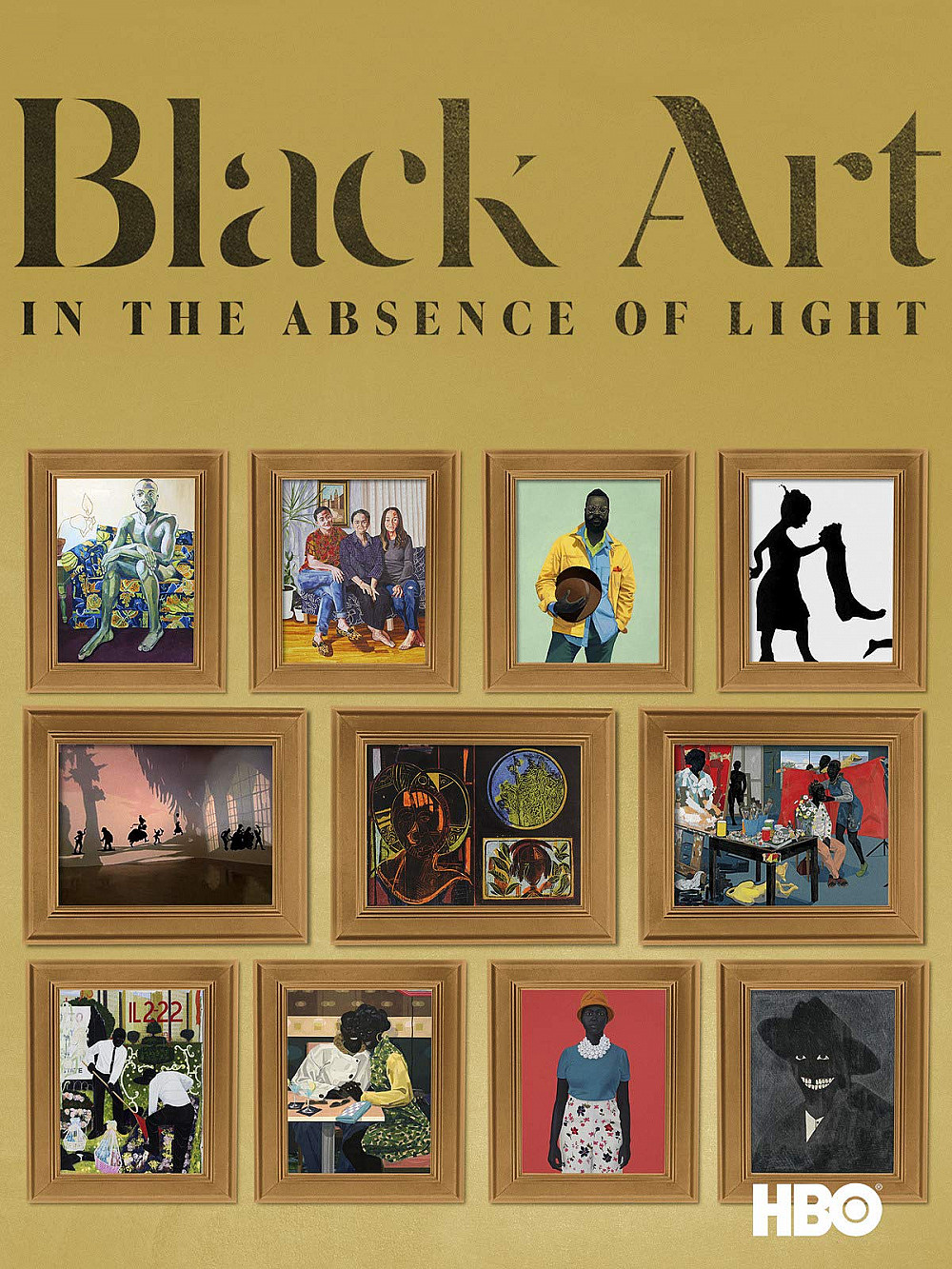 What does it mean to be a black person and particularly a black artist in America? An artwork titled, “A portrait of the artist as a shadow of his former self (1980),” by Kerry James Marshall immediately grabs the viewer’s attention not only because of the message it portrays but also because of the simplicity, the bluntness and straight forwardness with which it is presented. The artist paints a simplified, childlike version of a black figure against a black background. The concept is inspired by Ralph Ellison, author of the book, the invisible man. “The condition of being seen and not seen simultaneously…,” is how Marshall describes it. This speaks volumes about the state of affairs as far as what it means to be a black person existing in America. In my own interpretation of the metaphor, black people are constantly made aware of their blackness while at the same time being excluded and overlooked as though they are non-existent. It is without mentioning that the effects of slavery of our forefathers back in the day are still freshly felt even up to date with discrimination taking on various shapes and happening in nearly all aspects of life. Black artists have been no exception to this.

Inspired by the work of David Driskell, an artist, curator and now considerably a visionary in the art world, Sam Pollard birthed, “Black Art in The Absence of Light.” The production is a documentary that highlights the contribution of David Driskell and several other black artists, towards realization, recognition, and representation of black art in formally white dominated spaces in America. David Driskell has thus made his mark in black history as the first man to curate an exhibition such as “Two centuries of black art (1976),” featuring work that was done by black American artists over a period of two whole centuries but never got the chance to see the “light.” What is the light, one would ask? In this context, the light is presented as the privilege of being part of the ‘greater’ mainstream art world, for which the western world has long been the key decision maker and custodian.

In observations by experts with regards to the contemporary art scene today, black culture is turning into a trend of sorts. In an interview for the documentary, Valerie Cassel Oliver, a curator at the Virginia museum of fine arts confirms that, “There are more exhibitions featuring African American artists, black artists whether they’re African American or not.” Could it be that black artists are taking a stride in what seems to be the right direction lately or is it that the world is suddenly waking up to realize that black art which has been existing in its crude authentic self all along is but indeed an integral part of the entirety of our culture and existence as the human race. A culture that not only deserves but needs to be acknowledged. What has changed? According to the experts in recent art market dynamics, in bid to explore fresh new markets, Africa turns out to be just the place to look. This is without saying that the black art frenzy also coincides with the wake of Black Lives Matter and era of inclusion. In an article by Milica Jovic on Diversity in Art, the writer explains that striving for diversity is a multifaceted endeavor. For collectors, it’s about filling the gap in their collections and exploring exciting new art. For galleries and dealers, it’s about shaping the market and discovering previously overlooked artists while for museums it’s about reflecting the needs of a diverse community and telling a more accurate art history. At the end of the day, this could be a case of right place and time but when the subject of inclusion comes up it is important to note that arriving at such progress for groups that have been historically excluded hasn’t happened suddenly but rather it has been a journey. The same can be said for equal opportunities and representation of women in Art.

A portrait of the artist as a shadow of his former self (1980) by Kerry James Marshall.

The position of a black artist in Africa amidst this social climate may initially be assumed to be of less importance because we are not directly affected by the effects of exclusion. Artists in Africa are allowed some comfort to create while not necessarily focusing on themes to do with the subject of blackness and black inferiority. When you are black and you live in America, the actuality of descending from distinct African heritages becomes of less significance as you are all seen as the same. Black American artists therefore may resonate more with this topic because it speaks directly about their mutual history, being and identity given the social atmosphere. Where as part of our role is to participate in this cause, not only are we are reminded to make art about things that matter we are also reminded to remain true. This film therefore stands to serve as an avenue to appreciate the representational progression by the black artists on a global scale while looking to use the milestones achieved as stepping stones.

While we revel in the good that has come from black art exposure, do black artists need the light to create? Should the art they create be approved by the rest of the world to be considered great? Thanks to the inclusion movement, the art world is more receptive having established that the parameters that govern art produced in the west can’t necessarily or even effectively apply to African art. Nevertheless, I for one believe that black artists should look towards creating their own light first before looking to share it with the rest of the world. In Uganda particularly, there is still a tendency to look down on emerging artists. It is not until they make it to an international stage that they are later showered with congratulations and declared worthy. It’s therefore not surprising to find that the clientele at an art gallery such as Afriart in Kampala may consists largely of white or non-Ugandan visitors. The confidence should be built from within first because surely there can be more than one art world. To be acknowledged without necessarily seeking validation or acceptance is important for the next generation to have a place to start and continue with greater confidence.

In conclusion, Blackness and black inferiority are a topic that continues to be a spring for controversy whenever and wherever discussed. The question of what it means to be a “black” person and particularly a black artist in America when analyzed outside the stereotypes we have come to know, the result is that the term “race,” today is gradually revolving into more of a social construct than a generic aspect. “Black,” is the common term that is used to refer to African-Americans living in the United States of America. Ideally, African-Americans are people that are partially or totally descended from any racial groups from Africa. However, considering the recent studies portraying a rise in racial intermarriages in the world today, we are having more and more people that identify as two or more “races.” The role of a person’s physical features is therefore becoming less relevant when it comes to racial identification as in this day and age, someone that looks typically white could actually be more African than white genetically just as someone that looks black may turn out to be significantly “white.” Race could also being looked at as a life experience rather than a biological category.

The question of black inferiority is highlighted in the fact that even if you are genetically black by the least percentage, you are still most likely to be identified as and face the same standard discrimination as a typical “black,” person. This is a scenario resulting from the famous or infamous “one drop rule.”

First Thursdays is a monthly program that has recently been added to the roster at esteemed Afriart Gallery Kampala. The initiative is aimed to allow for more community interaction through casual yet enriching art conversations. The first edition was uniquely launched with a film screening of the documentary in question, an activity that was followed by reflections, exchange of views and arguments at one point. Despite the different opinions, all agreed that conversations like this are paramount because it is from these that new ways of thinking and doing are fostered.