Where the Wild Things are | Group Exhibition 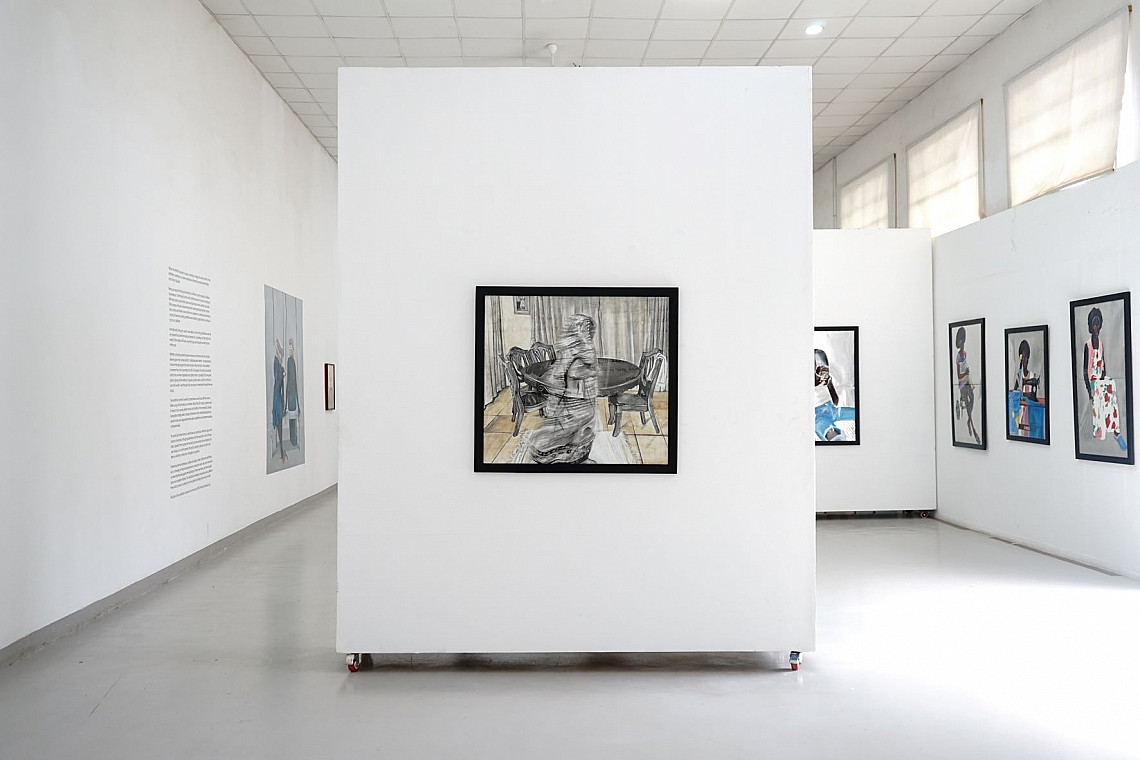 ‘Where the Wild Things are’ is a space, a mindset, a refuge and a force, which, in this exhibition, manifests as a diverse selection of artworks by young and emerging artists from Uganda.

Being a young artist living and working in an African country remains a challenging endeavor. One thing all artists in this exhibition have in common is the leap of faith they took to pursue their passion and journey as artists amidst many odds. Often young artists are misunderstood and under-appreciated by their communities, family and friends, receive little or no support on a national level and face a scarcity of learning, funding, exhibition and residency opportunities, as well as access to art galleries.

Internationally, they get a seat at some tables. At some they get offered a seat, but are expected to bow their heads and pretend it is a privilege, not their right to be seated. Other tables still have a ‘reserved’ sign, even though you might spot an empty seat.

Whether critiquing patriarchal power structures intertwined with local culture, drawing upon neo-colonial politics or debating one’s identity – the perseverance to follow through against the odds they face unites all artists in this exhibition.

A common focus lies in portraiture of self or of people in the artists’ communities, which hints at where inspiration and subject matter is grounded. This new generation of young artists working in Uganda, proudly makes a point to tell their stories to the world - seen through their own eyes and materialized through their own hands.

The exhibition presents powerful perspectives on and by East African women. While using self-portraiture as a medium, Mona Taha, for instance, explores what it means to be a young, Muslim woman and mother in her community. Charlene Komuntale creates poetic critiques of dominant, male-centered perspectives on women’s roles and supposedly nature-given capabilities and constraints attached to female bodies.

Drawings by Emmie Nume focus on portraiture as well. While he captures the essence of emotions through spontaneous and free expression, many of his portraits originate from a person he has seen, but may morph into an imaginary human being as it is not the person the artist is aiming to depict, but rather uses them as vehicles to delve into a thought or a question.

‘Where the wild things are’ is a homage to those who persevere to create their own rules, who invent and re-invent themselves against the backdrop of their own terms, and who proudly carve out unspoken futures. The exhibition celebrates the passion and confidence these artists present, fuelled by the fire ignited by finding their voice as artists.

* The title of the exhibition borrows from the song ‘Wild Things’ by Alessia Cara.

Where the Wild Things are Podcast

Emmie Nume on depression and creating; on endless possibilities, frustration and freedom; on impolite thoughts and portraying honesty. Even though having grown up in an environment that believed there is nothing in art, his art practice became a space to be himself, to give in and to his thoughts.

Odur shares about his recent series ‘Women Resting’, gender roles in his culture and art as a refuge during lockdowns, about painful materials and challenges as the driving force behind his practice. Inspired by “collecting everything” and unknowingly turning it into art during his childhood, his material is deeply connected to his immediate environment while growing up.

Mona Taha on seeking truth as an artist and seeking clarity as a woman; on self-portraiture, drawing as therapy and on the role of the caregiver. She captures women in their most intimate and mundane settings, in familiar and domestic spaces. Here, she speaks about how women in her society tend to become invisible in their homes, and of the importance of respecting each other’s cultural differences while empowering each other as women.

Richard Atugonza on art as a refuge, on purpose, possibilities and breaking the cast; on sculptures as mirrors of emotions, sourcing materials and techniques from his immediate environment and on failure as encouragement.

Switzin Twikirize speaking about the odds one has to overcome to follow a full-time career as an artist, about exploring ideas of community in his immediate environment, the concept of time while creating and about creative blocks.

Charlene Komuntale on her ‘Not Fragile’ series, on unboxing black women and countering dismissive perceptions towards herself. She shares about adversities and opportunities, creating to undo and make
amends for her own prejudices, about finding the urgency for change and keeping the viewer in mind.