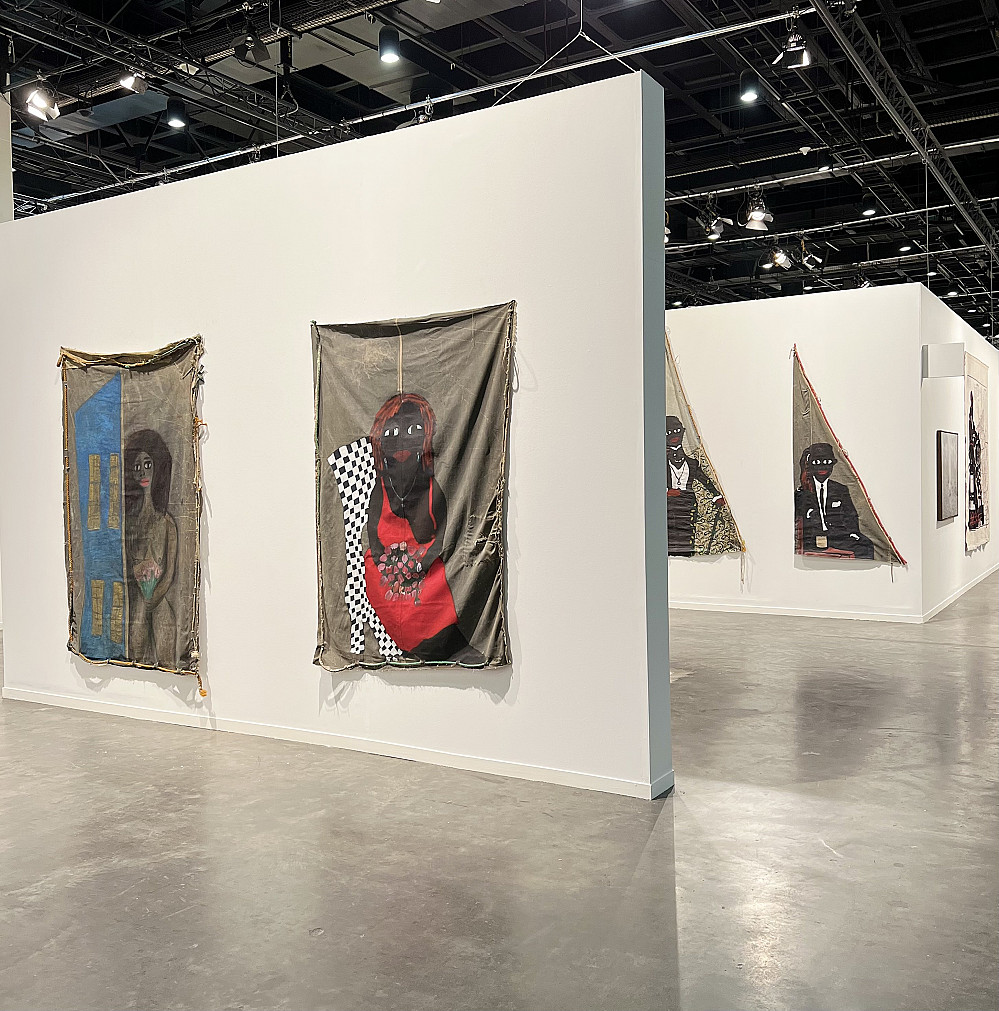 The five artists represent a new generation of artists from the continent who take on diverse and progressive forms of figurative art-making – from digital painting, drawing and sculpture to re-purposing sails as canvases.

Nelsa Guambe's body of work presented in a solo exhibition was created after the deadly cyclone Dineo hit Inhambane and its surrounding coastal areas.  After visiting her home village Chicuque, she found partly destroyed sails littering the village. Many fishermen lost their boats to Dineo. Guambe decided to collect these sails and use them as canvases for her paintings:

I saw it as a way of giving a new life to the sails. The fact that one could reuse that material after such a loss seemed important to me. There is so much that goes away after such a cyclone and little life can come back. It was a way for me to bring back life to what seemed nothing at that stage.

During the trip to my village when I went to look for the sails, I found one particular one that was not related to the cyclone. It was of a man called Bambo. His wife told me that her husband died. She told me that as her husband was dying, his sail was also dying. Reusing his sail, just like the ones Dineo left behind, is a way of paying homage to the sailors. The sails are over 30 years old. They have been in the water for so long. They have such a life of themselves. It’s a homage to the sailors, it’s to document the events and lives of these sails, by giving them a new life, a new approach, a new perspective – and hopefully one that will last longer, as a painting in that case.

Depicted on the sails is a series of self-portraits of me and my sister. Being alone and isolated a lot during the early stages of the pandemic caused me to think about myself a lot. I felt like I wanted to be homage to this cause. A representation of me on the sails, as I am from that space; it’s my home town; it’s my identity. My representation on this material was important to me; as a young woman one goes through these processes where you have to renew yourself – just like the sails I collected.

My presentation in Joburg also shows a painting on a sail showing the White House. This artwork is inspired by a photograph of the event it depicts and is part of a series of paintings I started during Covid-19 as well. With all the information that was coming in and all the protest around the world, I found myself going through photos of protest that had happened in the past. This is how I came across the photograph that inspired the painting."
– Nelsa Guambe, August 2022 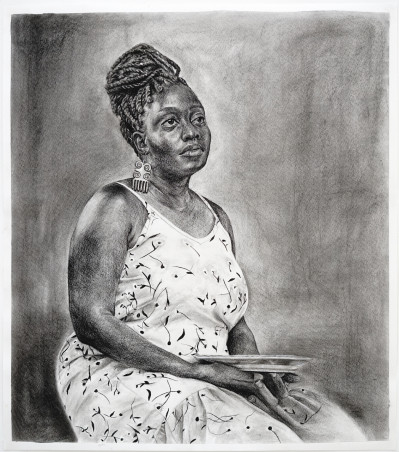 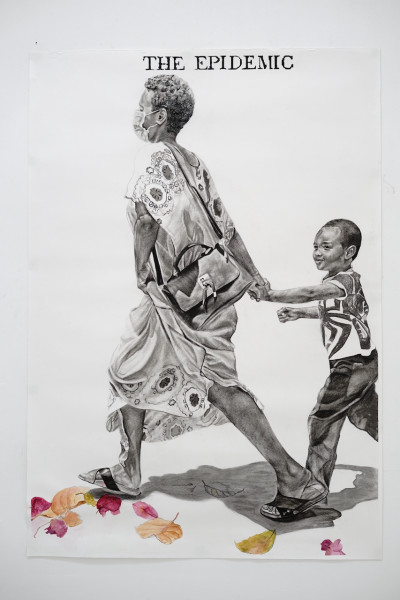 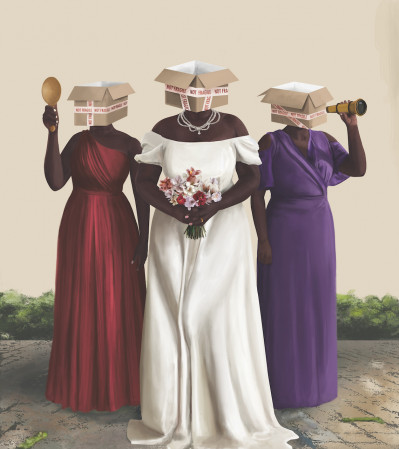 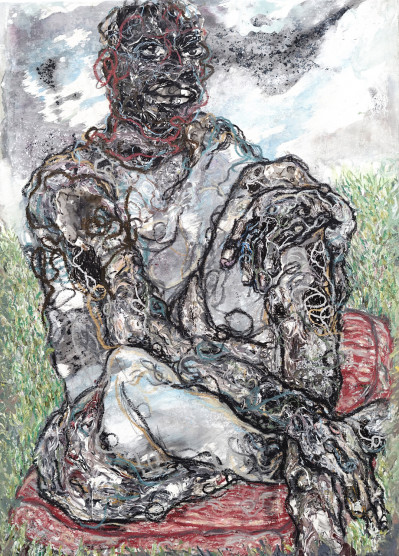 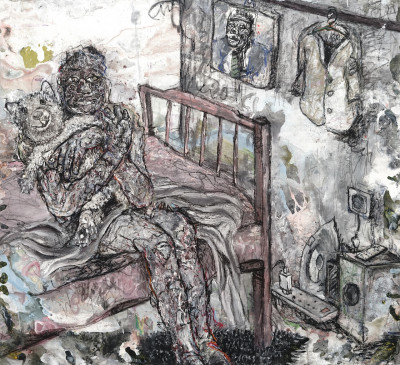 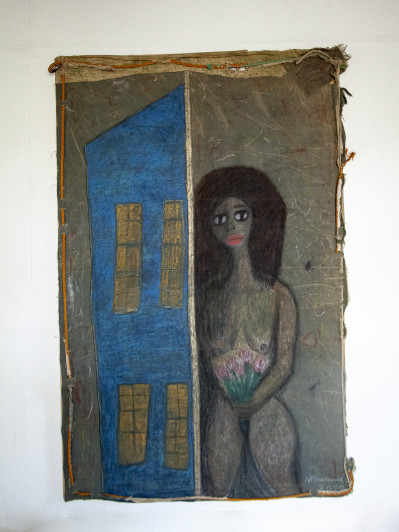 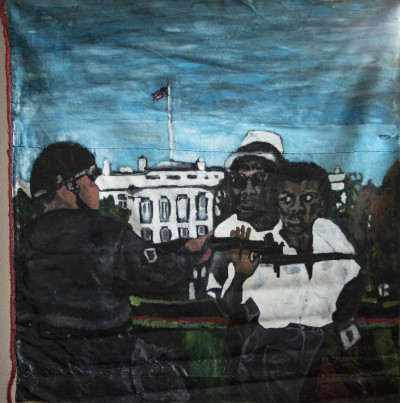 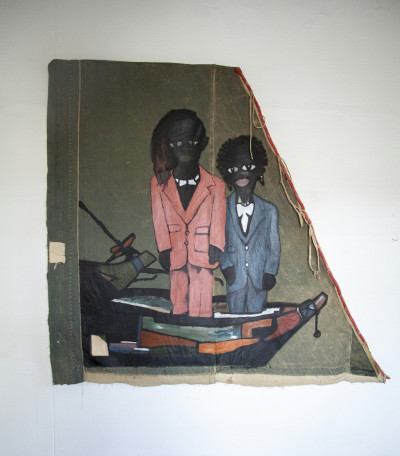