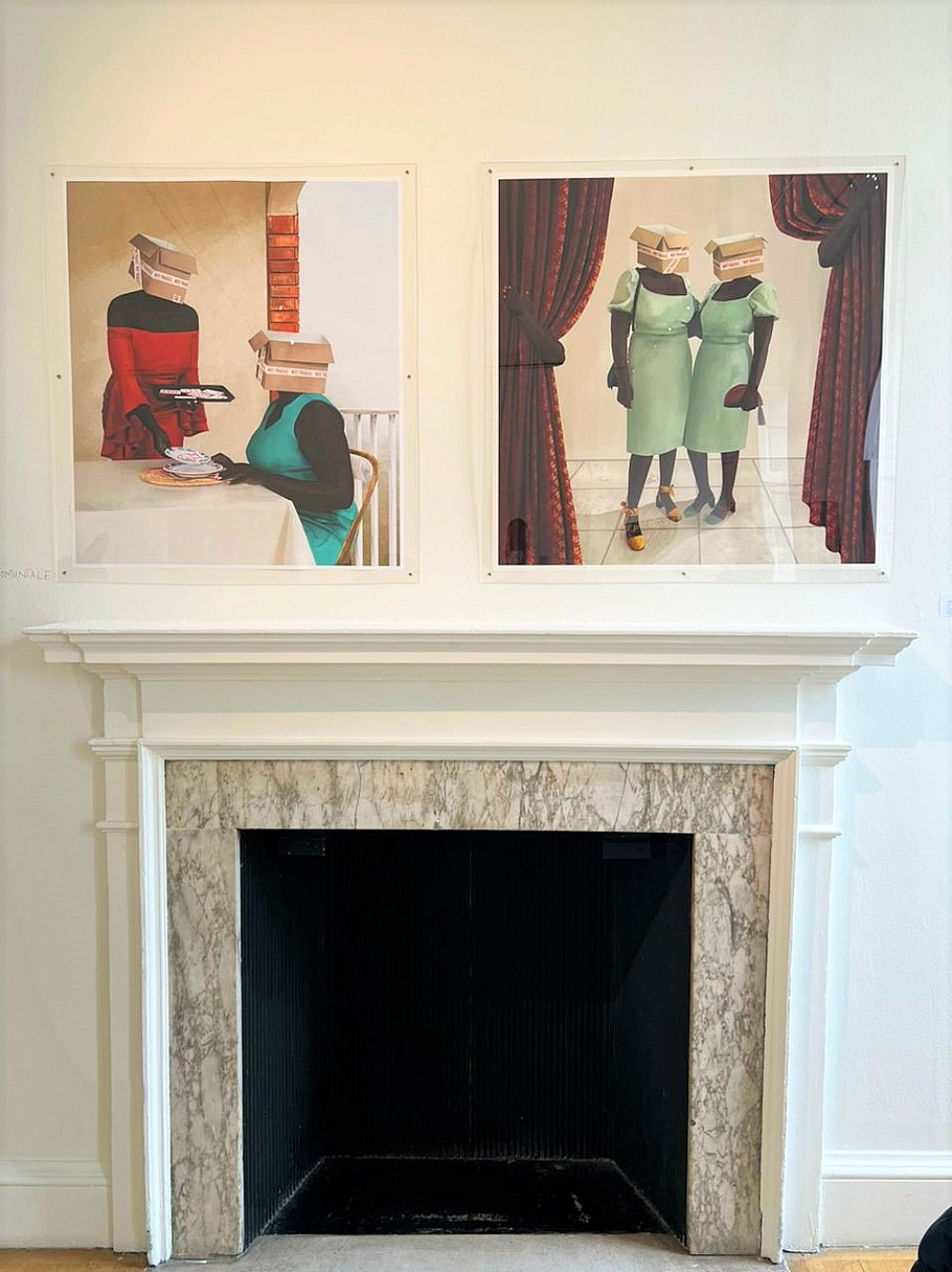 Afriart Gallery is delighted to return to Somerset House to celebrate the 10th anniversary  and largest edition of 1-54 Contemporary African Art Fair over the course of four days from 13 – 16 October 2022 (Press & VIP Preview on 13 October).

For this year edition, Afriart will present works by Richard Atugonza, Charlene Komuntale, and indigenous expressionist Henry Mzili Mujunga, three Ugandan artists who take on diverse and progressive forms of figurative art-making, from oil to digital painting and sculpture.

Richard Atugonza fuses people and the environment they inhabit in an almost literal sense as he collects residue materials, such as charcoal residue from cooking and sawdust from carpentry workshops, from within his community, from which he also sources models for his sculptures. Constantly being on the lookout for new materials and techniques, he also draws inspiration from local ways of handling and treating the material he works with. A main component of Atugonza’s creative process is the interaction between artist and model. He carefully chooses his models and establishes an atmosphere in which he is able to connect with his subjects on a deeper level.

Working with oil on canvas, Henry ‘Mzili’ Mujunga references his immediate environment, both natural and man-made, in a way which is strikingly realistic yet abstract. Plants and humans fuse into an image in which nature seems to always keep the upper hand. Mzili fronts an unpopular notion that man is not as important as he thinks he is. When standing next to a shrub for instance, the complexity and versatility of nature and more so plant life surpasses the human existence by far, nearly rendering us frivolous. This argument stands as part of a much wider school of thought that suggests that we cannot fight the natural way. From a futile point of view, as human beings, we are simply keeping ourselves busy on earth while we wait for impending death. This means that whatever we are doing is just to pass the time. This makes us understand that we are but only a drop in the ocean of existence. The characters in his artworks are seen as and painted in fragments, directly or indirectly reflecting and reminding us that our existence is within nature’s existence and not the other way round.

In contrast to Mujunga’s and Atugonza’s work, Charlene Komuntale’s digital paintings inhibit an entirely different relationship towards materiality. The paintings are printed on archival papers, however in the process of creating such materiality does not play a role to the artist. Her work centers black African women; debates and deconstructs patriarchal narratives as shaped by culture, religion, and politics and provide a ground for inquiry and interrogation, and for visions of different futures. The subject matter is personal yet presented in a relatable way as inspiration is drawn from her own experiences but also informed by the experiences of other women around her. The heads of the women she portrays are covered by different elements, which create poetic yet striking narratives around a broadly relatable figure. At first sight, the works evoke a dreamy, peaceful, and quiet atmosphere, whereas at a closer look powerful, empowering and unapologetic messages come to the fore. 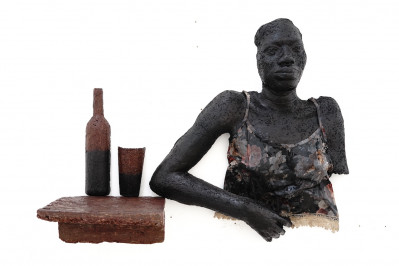 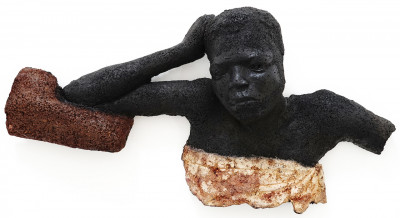 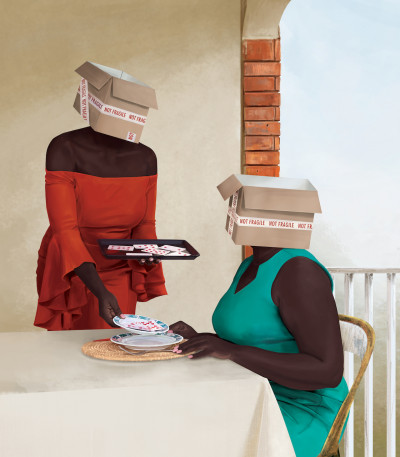 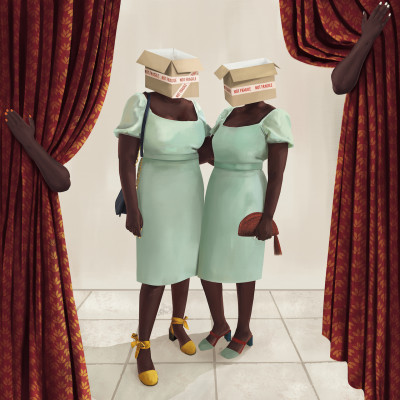 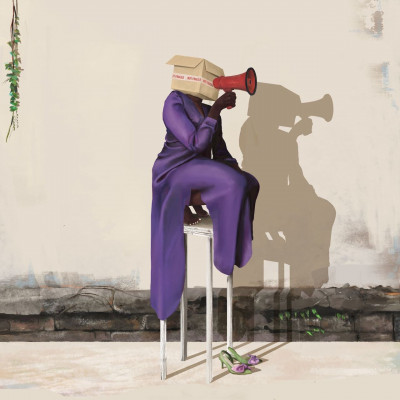 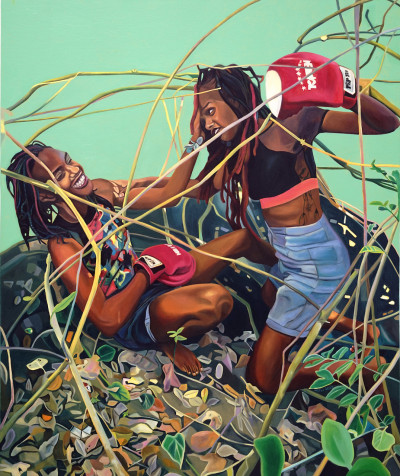